Latest snapshot of the coronavirus impact - LATEST DEVELOPMENTS* Victoria has recorded 288 new coronavirus cases, the biggest daily in ...
New virus cases linked to Sydney pub - Two recent COVID-19 cases have been linked to a pub in southwest Sydney, with the venue te ...
Flights cut to ease pressure on quarantine - Australians wanting to return home from overseas will have to wait longer after the govern ...
Borders sealed until at least July 31 - A decision to open Tasmania to interstate travellers on July 24 has been deferred at lea ...
Fonua-Blake escapes longer ban, fined $20k - Manly front-rower Addin Fonua-Blake has escaped any additional ban for breaching the NRL's ...
Mayor Debbie Wisby stands down - A local mayor on Tasmania's East Coast has resigned amid growing criticism. Halfway thr ...
Victoria records 288 new coronavirus cases - Victoria has recorded Australia's biggest daily increase in coronavirus cases, as the stat ...
Tourists pour into Qld as border reopens - Thousands of travellers are pouring into Queensland by road and plane as the state flings ...
Body found during missing person search - Police and emergency services have located the body of a man at Primrose Sands, believed ...
Police welcome latest ice bust - A man and a woman are due in Devonport Magistrates Court on Friday morning, police alleg ... 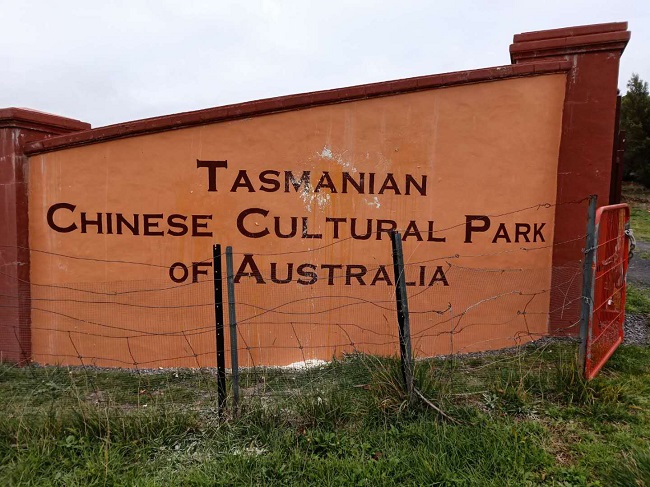 Police are investigating an apparent act of racially-charged vandalism in Tasmania's south.

Eggs and white paste were hurled at a sign marking a proposed new cultural park, part of the Buddhist Jin-Gang-Dhyana Temple in Campania.

Residents discovered the damage on Monday May 25, having seen a white ute at the scene the previous day.

Chair of the Multicultural Council of Tasmania Waqas Durrani believes it was a targeted attack on those of Asian descent due to coronavirus.

“The perpetrators of this vandalism might not mind being accused of racism, but they should also know that their behaviour is un-Australian. Our Prime Minister, Premier and other political leaders have made it clear that Chinese Australians are to be treated with the same respect due to all Australians. It is the Australian way to be polite, to give to people a go, and to respect private property, particularly the site of a peaceful temple," he said.

In March, a Chinese student in Hobart's New Town was verbally and physically attacked for wearing a mask in public, while three Vietnamese women were pelted with lollies and coat-hangers outside a Coles in Launceston two weeks ago.

Mr Durrani says there's been many verbal assaults that haven't made it to the media.