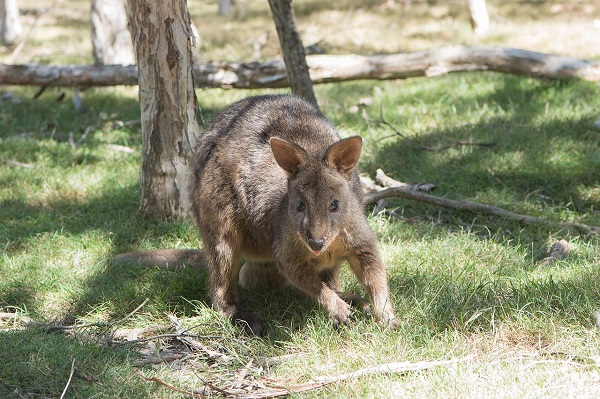 A photo of what is professed to be 140 dead Tasmanian pademelons stacked in front of a hunting party in the West Tamar area, is lighting up social media.

The Facebook image was apparently removed, but it was captured and shared on the Animal Justice Party of Tasmania's page.

The party's state convenor Tim Westcott argues the laws allowing these slaughters have to be overhauled.

"The way they were piled up in that image was very distasteful, but we also acknowledge what those hunters were doing in that image was not necessarily unlawful, but if we want those things to change, then we need to change the laws around it."

He hopes it will mobilise people to pressure for that change.

"We think that the Tasmanian public, when they are made aware of just what is happening to our native animals do support those changes to the law. We are working with the major parties, but we are also working to get Animal Justice Party members elected to the Tasmanian parliament."