Race is on to save surviving whales - Members of a rescue crew stand with a whales on a sand bar near Strahan, Australia, Tues ...
Race to save surviving whales in Tasmania - Rescuers in Tasmania are racing to save the few dozen pilot whales still alive following t ...
Inquiry to hear from stranded Australians - Australians who were stranded overseas during the coronavirus pandemic will have the chanc ...
Melbourne virus rules could ease quicker - Some of Melbourne's coronavirus restrictions could be eased quicker than planned next Mond ...
SA opening up to NSW residents - NSW residents can travel to South Australia for the first time in nearly six months as the ...
Agfest back in the paddock - Agfest organisers have revealed a covid-safe plan for the state's yearly agricultural ev ...
NBN upgrade coming - The NBN network is receiving its biggest upgrade since 2013, giving eight-million househ ...
More free holiday vouchers - An extra $5 million of voucher subsidies for Tasmanians to holiday in their home state h ...
Tesla loses $A69B after Musk battery talk - Investors have slashed $US50 billion ($A69 billion) from Tesla Inc's market value despite ...
Stranding toll surges - The whale rescue tragedy continues to unfold on Tasmania's west coast, with another 200 ... 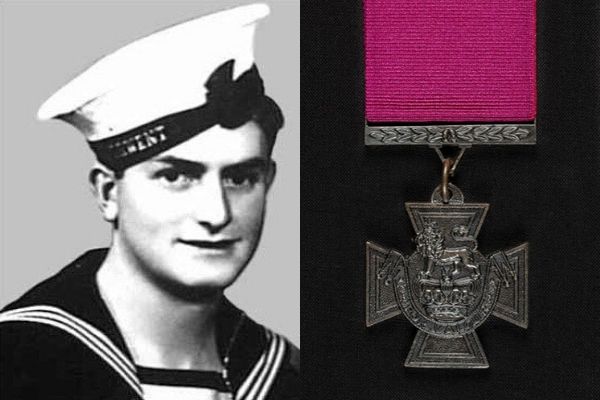 Tasmanian World War Two hero Teedy Sheean has been recommended for a Victoria Cross, ending a long campaign for recognition.

Findings of a second expert panel have been revealed, agreeing the navy sailor is deserving of the nation's top military honour, having strapped himself to a anti-aircraft gun on a sinking ship in 1942 and saving dozens of lives.

Prime Minister Scott Morrison has written to the Governor General and the matter is now before the Queen.

“Sheean was done a substantial injustice in consideration of his actions in the original decision making period in 1942 to 1943,” he said.

“We will be hopeful for what will come back as a contented response from Her Majesty,” he said.

“The expert panel has found new evidence and that is for the first time we went and actually had a look at the Japanese records,” Dr Nelson said.

“What the Japanese records show is the ship was attacked at the precise location, precise time, by seven so called Betty Bombers, Japanese bombers, and three Japanese Zeros."

“Also, as the ship sank, the aircraft took enemy fire from the ship and two aircraft were damaged."

He said the two Japanese Zeros expended 15 per cent of their ammunition putting members of Sheean’s ship under fire.

“This is an exceptional case and it has taken many years for this case to emerge from the Second World War,” he said.

Senator Jacqui Labmie, who has long backed the Sheean bid for the VC, says she is thankful.

"No matter how messy, and how stupid, and how pigheaded this whole process to get here has been, I don’t care. I am just so thankful we got here at all."

"It’s taken too long, and it’s cost us too much, and it’s been a fight for his family that family should have to put up with, but we have got there. This decision today gets right what the Prime Minister got so badly wrong."

Sheean's nephew, Garry Ivory, is over the moon at the decision.