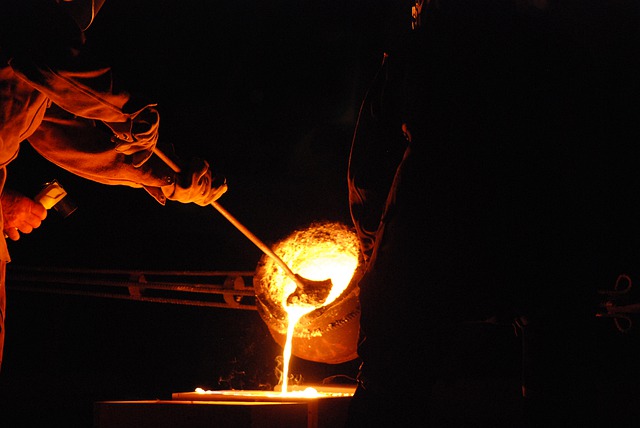 There is a huge relief for hundreds of workers in the George Town area after the announcement Bell Bay's manganese smelter will receive a new owner.

South 32 Limited, the current owners of Tasmanian Electro Metallurgical Company (TEMCO) had been posting losses on the smelter in recent times and was considering its closure.

GFG Alliance, of which Mr Gupta is the executive chairman, is set to add TEMCO to its list of production sites in Australia that include Whyalla steelworks, SIMEC Mining, and InfraBuild.

The Tasmanian government hails the deal as a great outcome for Tasmania, given the important role the manganese alloy smelter plays in the state's economy.

'As a major regional employer, the securing of the ongoing operation of the smelter and the site’s 250 jobs, will be very welcomed by TEMCO employees and the broader community,' he said.

GFC has made the assurance that no jobs will be lost in the takeover. Minister for Resources and Energy Guy Barnett says it will significantly boost the economy.

'The Government recognises the mining and mineral sector is a cornerstone of the Tasmanian economy, injecting billions into Tasmania and providing thousands of jobs, many in regional areas.'

Mr Barnett also praised Tasmania's sustainability for being a key factor in the sale.

'It is no surprise that Tasmania’s world leading renewable energy credentials were a key consideration, helping support GFG Alliance’s goal to be carbon neutral by 2030.'

Minister for State Growth Michael Ferguson said that the hard work last year to bring GFG to Tasmania to introduce a range of potential investment opportunities has paid off.

“While the acquisition will require regulatory approvals and consents, we are pleased that GFG’s detailed due diligence has provided it with the confidence to invest in Tasmania, and we look forward to TEMCO remaining a key player in the Tasmanian economy employing a significant number of Tasmanians,” he said.

Premier Gutwein believes the venture signals yet again that Tasmania is open for business.

'As we build ourselves out of the COVID-19 pandemic, it is crucial business confidence remains strong to secure ongoing investment in Tasmanian industry and jobs, and today’s announcement will support that.'