Vic health minister quits over COVID blame - Victoria's health minister has quit her portfolio as the fallout from the state's COVID-19 ...
Mona Foma gets green light - Mona's famous Festival of Music and Art is going ahead this summer, in a huge boost to t ...
Virus death toll to top 1M next week: WHO - The World Health Organisation (WHO) has warned of a massive increase in fatalities from th ...
Andrews offers hope for October roadmap - Melbourne's roadmap timetable could run ahead of schedule next month as Victoria's coronav ...
Eagle Will Schofield retires from AFL - West Coast defender Will Schofield has announced he will retire at the end of the AFL seas ...
Bowden calls time on glittering career - The most decorated footballer in modern Tasmanian State League history has announced his ...
Lending laws overhaul - It will soon be easier to get a loan from the bank as part of a lending laws overhaul. ...
Lift AFL quarters by a minute: Dangerfield - AFLPA president Patrick Dangerfield believes it will be too taxing on players to return to ...
Fuel Check's first week - Tasmania's real time fuel price reporting scheme was launched by the government a week a ...
Australia in for hard road out of pandemic - Australians in and out of work face a long, hard and bumpy road as the nation recovers fro ...

Tassie braces for a lashing 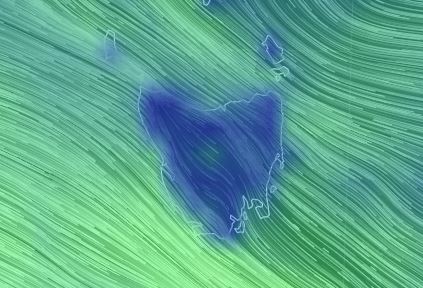 Bass Strait Islanders as well as those in parts of Tasmania's northeast, northwest and central north can expect fierce conditions to blow in late on Thursday afternoon.

The Weather Bureau has issued an alert for potentially damaging gusts of up to 110 kilometres an hour thanks to a vigorous cold front set to cross the state this evening.

The winds will ease slightly later on Thursday evening.

It comes with a new climate outlook from the Bureau predicting much of the country is in line for above average rainfall in Spring, while Tasmania can expect higher temperatures than the norm.

"In the southern half of the country, we've got a strong swing in the odds again towards warmer conditions, cooler-than-average conditions more likely for southern Australia," he said.