Vic health minister quits over COVID blame - Victoria's health minister has quit her portfolio as the fallout from the state's COVID-19 ...
Mona Foma gets green light - Mona's famous Festival of Music and Art is going ahead this summer, in a huge boost to t ...
Virus death toll to top 1M next week: WHO - The World Health Organisation (WHO) has warned of a massive increase in fatalities from th ...
Andrews offers hope for October roadmap - Melbourne's roadmap timetable could run ahead of schedule next month as Victoria's coronav ...
Eagle Will Schofield retires from AFL - West Coast defender Will Schofield has announced he will retire at the end of the AFL seas ...
Bowden calls time on glittering career - The most decorated footballer in modern Tasmanian State League history has announced his ...
Lending laws overhaul - It will soon be easier to get a loan from the bank as part of a lending laws overhaul. ...
Lift AFL quarters by a minute: Dangerfield - AFLPA president Patrick Dangerfield believes it will be too taxing on players to return to ...
Fuel Check's first week - Tasmania's real time fuel price reporting scheme was launched by the government a week a ...
Australia in for hard road out of pandemic - Australians in and out of work face a long, hard and bumpy road as the nation recovers fro ... 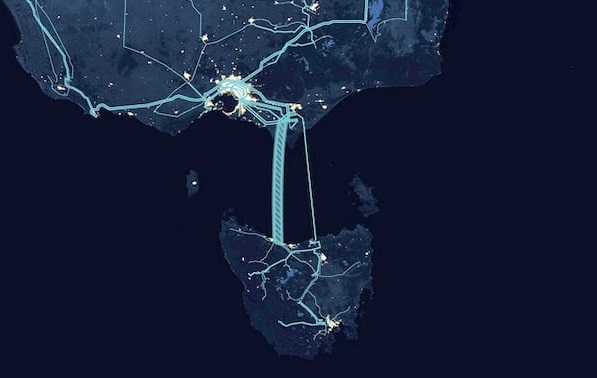 Tasmania's Battery of the Nation ambitions are firming, with a Morrison Government announcement that a second Bass Strait interconnector will be fast-tracked under a $250 million plan.

Construction on the Marinus Link could begin as early as next year under the new energy plan.

The announcement has come as part of a suite of measures to boost competition in the nation's gas market.

The Tasmanian Government welcomed the Tuesday morning announcement in Parliament.

"That will deliver $7 billion of investment, thousands of jobs and, of course, downward pressure on electricity prices."

But Labor's yet to be convinced the Liberals are the team for the job.

"You, as a state government, are progressing at a glacial pace, with companies and communities concerned about the time you've taken to upgrade transmission lines, and the time it is taking Tasnetworks to deliver financial close on the Marinus business case. We still don't know who will pay for a $3.5 billion project," said Shadow Energy Minister David O'Byrne.

"The fact that the state government was not quoted in the story dropped to the media this morning indicates a growing rift between you and the federal government."

The CEO of the state's Minerals, Manufacturing & Energy Council, Ray Mostogl, has told Tasmania Talks discussions on who will pay for the link will take place in due season.

"Those sorts of answers are all part of the business case, and bringing forward the approvals timetable means that those decisions, those analyses will need to be available sooner, and I think that's a positive for everyone."