Round two of Make Yourself at Home Travel Voucher initiative 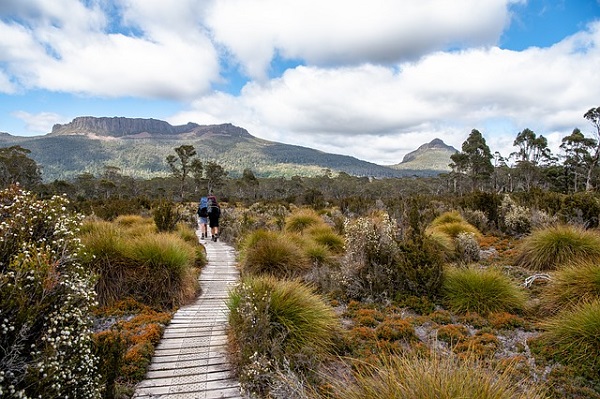 The second round of the government's Make Yourself at Home Travel Voucher initiative will open at 7pm tonight.

The second release provides a further $5 million worth of vouchers, after the first $7.5 million round of vouchers ran out in just under 40 minutes.

The Liberal government's initiate has provided funding that is designed to support the tourism industry, but Tasmanians are frustrated after missing out for the grants.

Round two will be open to those who missed out in the first round of vouchers, as well as those who have received a voucher and redeemed it.

It is expected that this round of vouchers will sell out quickly, so Tasmanians are urged to apply for a voucher right on 7pm, and are reminded that it is a first in, best dressed process.

There are already calls from hospitality and tourism operators for a round three of vouchers to bolster the struggling industry.

The Tasmanian Hospitality Industry argues that there is more that needs to be done, and has urged the government to ease restrictions.

With limited patron capacity, seated alcohol consumption and ‘dance bans’ heavily restricting the trading and profitability, there are fears more businesses will be forced to shut down.

“There’s a lot of our businesses that are now ineligible for Job Keeper now so we fear that venues, especially restaurants, cafes and pubs in regional areas, are going to be in real trouble moving forward.

If there’s not some form of stimulus from Government or changes to the Job Keeper program we’re going to see more hospitality businesses go under and staff lose their hours or employment.

We had a straw poll with some of our industry members last week, across the 60 venues that they operated there’s now only 10 of them are now eligible for Job Keeper moving forward, which means 50 of them are likely to have to lay off staff and reconsider their ongoing viability.”

Several businesses across the state have said that due to the interstate travel restrictions, they are seeing more visitors than normal.

Rivers Edge campground operator Trudi O'May says that they are busier than ever.

"Our numbers are pretty much double what they were for the same time last year, due to the fact that everyone's in lockdown in Tassie; they can't go anywhere."

"Camping and caravaning has been popular. Our numbers are certainly up."