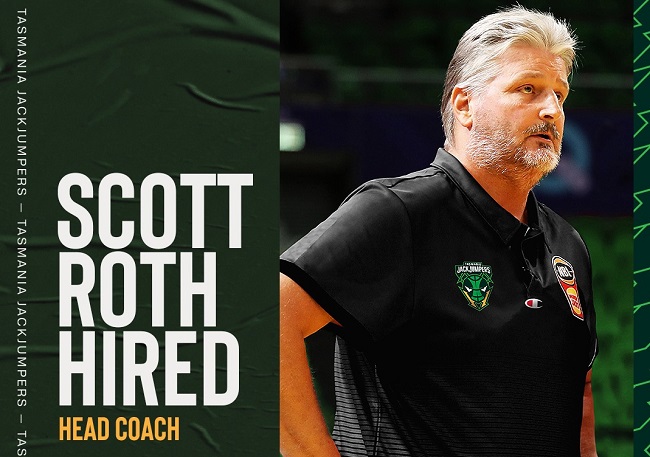 Most recently, he's been an assistant with reigning NBL champions the Perth Wildcats.

On Thursday, Jack Jumpers CEO Simon Brookhouse confirmed the 57-year-old from Cleveland had been signed on a two-year contract, with the option of a third.

"We'd love to have our inaugural coach here for multiple contacts and that's something we're aiming to do. Ultimately, we're testing the water and I think it's a fair and reasonable assessment early on to have 2 with 1. That's not to say that's all that we're expecting from Scott. We're expecting him to be successful and hopefully be here for 10 years and loving the place," Brookhouse said.

He'll officially begin in March ahead of Tasmania's offical entry into the competition in October this year, for NBL season 2021-22.

“I’ve had numerous calls this morning from NBA people, from college basketball coaches, from scouts in the NBA, from European coaches all wanting to help and (we) already got a list of players who are available.”