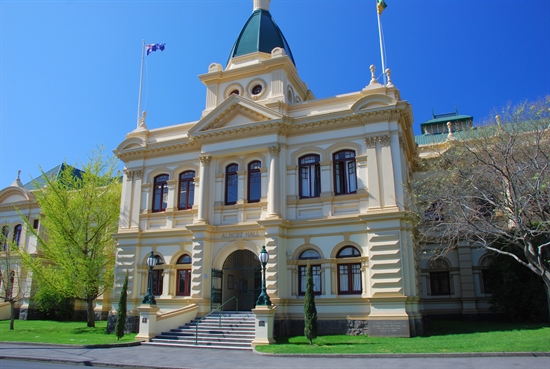 A $10 million makeover at Launceston's history-steeped Albert Hall is starting next month.

The federal funding was secured last year following a 2019 election commitment from the Morrison Government.

Stages 1 and 2 of the revamp, including heating and lighting, are due for completion by the second quarter.

Also among that phase of works will be improved toilet facilities and meeting rooms, as well as better access to the stage and under-stage dressing rooms.

Launceston Mayor Albert van Zetten said the Albert Hall was built in 1891 and remained one of the city's most important buildings.

"However, it has been some time since the hall received a significant overhaul, and it is understandably starting to show its age," he said.

As it involves tinkering with the building's grand facade, Stage 3 of the project will be subject to public comment and a development application.

It includes proposals to reconfigure the eastern entrance of the hall, improvements to loading docks, upgrades to the box office and cafe, and the creation of a new accessible main entrance.

"As our city’s most iconic event venue for 130 years, these updates are essential to ensure the hall remains fit for purpose and can cater for a wider range of events over the coming decades," Liberal Member for Bass Bridget Archer said.