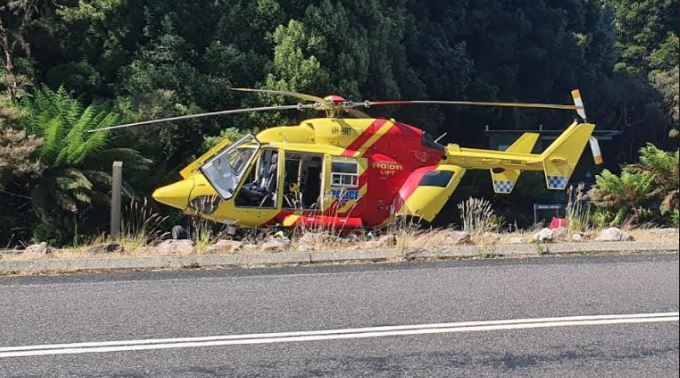 A Sorell woman's in the Royal Hobart Hospital with serious head injuries after a crash on the Lyell Highway east of Queenstown.

The 53-year-old collided with a ute near Nelson Falls on Thursday afternoon and was airlifted from the scene.

Police are reiterating the road safety message after a Launceston man died in a similar smash near Hamilton recently, the state's first fatality of the year.