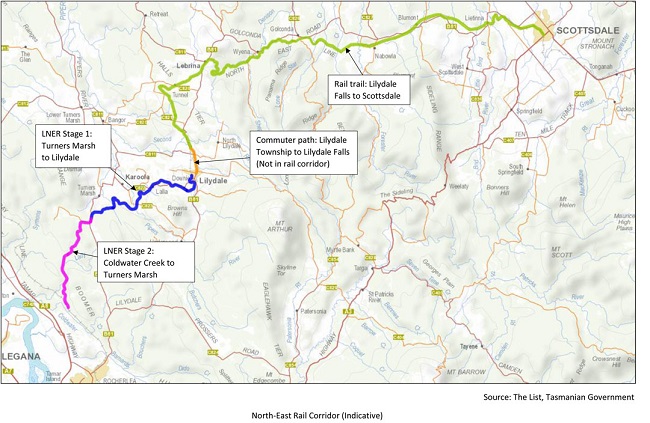 Heritage rail advocates are vowing to continue their fight to protect track infrastructure in the north-east, despite a development application for 26 kilometres of bike path being approved on the old line between Wyena and Scottsdale.

Dorset Council had special permission to vote on its own motion on Monday night, but still requires further approval from the state government.

"We put so much effort in and so much work. We've been continually been stalled by the inquiries and all the hertiage train groups. Any planning authority that looked at last night's proposal would have passed it," relieved mayor Greg Howard said.

The decision, which will likely face an appeal, came despite a 1100 signature petition against the 'Rail Trail' and 19 out of 34 representations objecting to the plans.

"He's a bit of a bully boy and that's what he's done. That's okay. What was a surprise to us was some of the criticism he made on radio about the petition that we circulated. He said we told lies. Well, a petition form is written. It says what is says. 'Cease and desist destruction of the railway'. That's not a lie. He also said we would have annoyed people at night by knocking on doors and people just signed it to get rid of us. Well that didn't happen either. Those signatures were gathered in the streets of Scottsdale, Ringarooma, Winnaleah, Pioneer and Bridport," he told Tasmania Talks on Tuesday.

The remaining 14 kilometres of the $1.5 million bike path project falls under the Launceston City municipality and will be subject to a separate DA by that council, expected to be lodged in April.