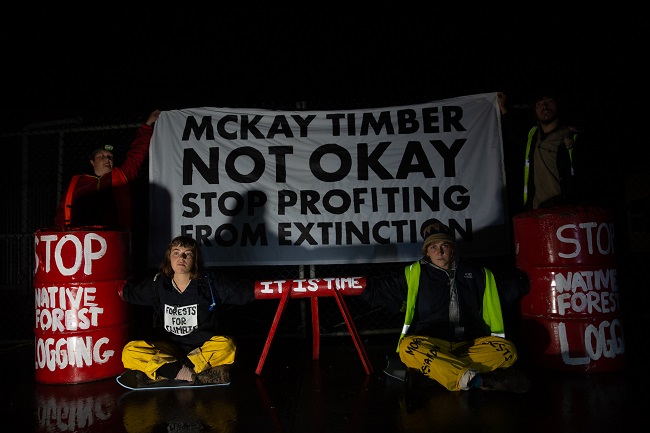 Operations at one of Tasmania's largest timber mills were at a standstill on Monday morning after 27 anti-logging protesters descended on the premises at Bridgewater.

Last week Labor's forestry spokesperson Dr Shane Broad accused Liberal MP Felix Ellis of deliberately taking him out of context, after a social media post which suggested the opposition member was defending similar protests during a speech to parliament.

But Dr Broad was quick to condemn the BBF action on Monday.

“They have targeted members of the community who are working to provide for their families and this action cannot be tolerated," he said

“All the timber coming into this mill has been approved by the Greens and the environmental movement, however now it appears the Greens are walking away from an agreement they signed up to, only doing so because they’re desperate for relevance."

“While the Liberals and Greens continue to stir up trouble they forget about the workers who are stuck in the middle."

Among the arrests, two were charged with trespassing: a 31-year-old woman from Tinderbox and a 55-year-old man from Hobart.