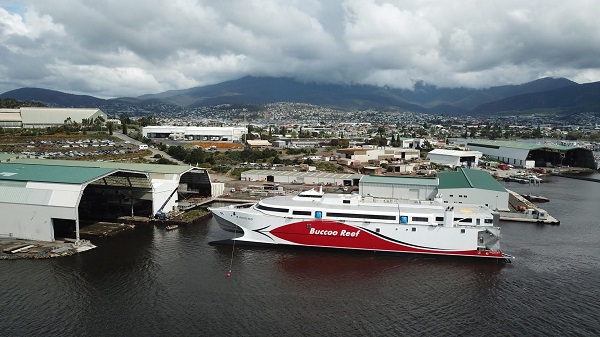 Major employer Incat has become a winner in the election campaign.

What a difference a few weeks makes.

In mid March, Incat's owner Bob Clifford called being overlooked by the government to supply the Spirit of Tasmania replacement ferries a kick in the guts.

Now, to the delight of Incat, the Liberals unleash a $100 million dollar interest free loan for the company to build a new high speed 120 metre vessel.

That is claimed to secure Incat's 500 existing staff and 250 indirect positions in the supply chain and create up to 150 extra direct jobs.

Incat Managing Director Craig Clifford describing the importance of the loan in stabilising the company's workforce.

"On behalf of our Chairman Robert Clifford, the Board, but most importantly for the 500 men and women that are employed here, this level of support shown by the government is particularly pleasing and well sought in circumstances that are extraordinary around the world."