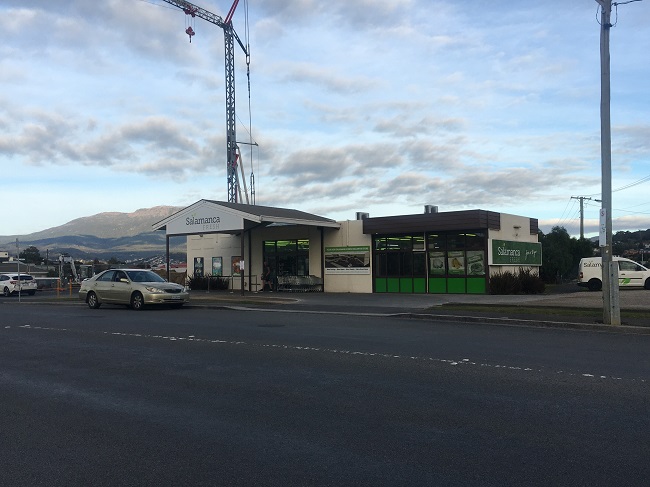 A 37-year-old man has been charged over an alleged wounding on Hobart's eastern shore on Tuesday night.

Two men were allegedly attacked on Lara Street at Howrah at around 10pm, the pair fleeing to a nearby Salamanca Fresh grocery store to call for help.

They were taken to the Royal Hobart Hospital and treated for non-life-threatening injuries.

Police say those involved were known to each other and there's no threat to the wider community.

Officers spent much of the night at the scene and Bellerive Detectives are continuing investigations.

Anyone with information can tip-off Crimestoppers anonymously on 1800 333 000.

The man will face the Hobart Magistrates Court on June 2 charged with two counts of wounding.