Cyber attack shuts down pokies in Tasmania - Poker machines at Tasmania's two casinos have been offline since the Easter weekend due to ...
Praise for North-West one year on from lockdown - Premier Peter Gutwein has thanked the North-West community for their efforts in containi ...
Rescues aplenty - A man in his 20s has been winched to safety after falling down a cliff at Doctors Rocks ...
I was suicidal after Post furore: Holgate - Christine Holgate has revealed she was suicidal after being forced out as Australia Post b ...
Many homes feared lost after WA cyclone - Hundreds of properties in the West Australian town of Kalbarri are feared to have been des ...
Morrison scraps vaccine rollout timetable - The Morrison government and senior health officials are refusing to put a time on Australi ...
Labor's Mersey Community Hospital funding injection - The reinstatement of maternity services at the Mersey Community Hospital in Latrobe has ...
Funding boost promise for the Tamar - The Liberals are promising to inject $4 million into the Tamar River, if re-elected. Ov ...
Union calls for North-West fire risk fix - The Firefighters Union is calling on candidates in the upcoming state election to pledge ...
First votes in - The first official votes are being cast for the 2021 Tasmanian Election, as pre-polling ... 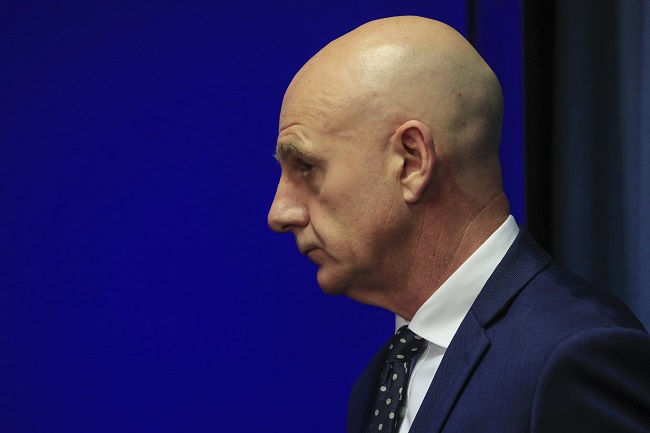 A campaign is underway to have the Premier reschedule the upper house polls for Windermere, Derwent and Mersey, separate to the lower house equivalent on the 1st of May.

Six Legislative Councillors, including traditional foes Ruth Forrest and Ivan Dean, have signed a letter about the unprecedented overlap.

They're concerned it will give party candidates an unfair advantage over independents, while compromising the role of the Legislative Council.

"Your decision to align Legislative Council and House of Assembly election dates for the first time in the history of the Tasmanian Parliament risks undermining the important and separate role of the Legislative Council in holding the Government of the day to account," the letter read.

"It is key to a healthy democracy."

"The Upper House has a really different role to the Lower House," she said.

"It's a House of review, it's the House that holds the government of the day to account, whichever political stripes that government may be."

But Ms Webb stopped short of accusing the Liberals of deliberately orchestrating the situation.

"It's unfortunate that they've put themselves in the position where we even have to ask the question, has this been done out of self-interest for the Liberal party?"

The letter is also signed by Rob Valentine, Tania Rattray and Rosemary Armitage.