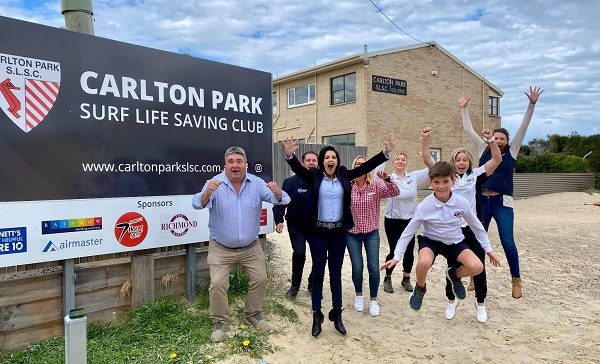 Many more pledges are being made in the dying stages of the Tasmanian election campaign.

The Liberals Legislative Council Member Jane Howlett (above) has dropped into the Carlton Park Surf Life Saving Club with a $400,000 commitment to complete the redevelopment of their clubhouse and training room.

Finance Minister Michael Ferguson is out promoting the release of the Liberal party's plans for balancing the books.

He estimates a net operating surplus of $5.6 million dollars in 2022/23 and $34.5 million the following financial year.

While in Huonville, Labor leader Rebecca White announced plans to recruit 510 volunteer ambulance officers over the next four years to alleviate pressure on the under siege health system.

The opposition's also criticising the Liberals for Ambulance Tasmania ads with a positive pitch on response times as a breach of caretaker conventions, describing it as the government using public money to promote themselves.