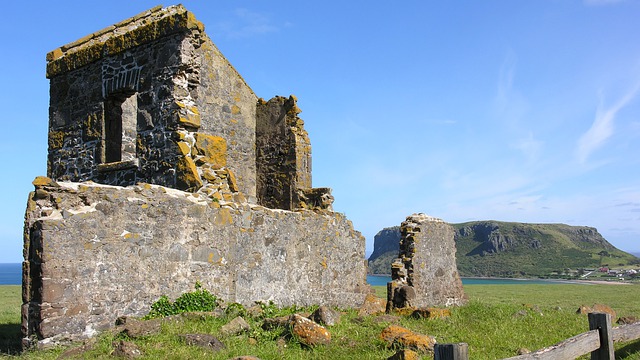 The results of a poll to elect Tasmania's Top Tourism Town for 2021 are in, with Stanley and New Norfolk taking the top honours.

Around 10,000 Tasmanians voted in the awards, to select a town to go on to represent the state at the inaugural national awards.

"More Tasmanians have voted over the past two weeks than voted in the equivalent programs in WA and SA," he said.

"The public vote was combined with our judges scores who assessed the entries of our 10 towns, which included a 2-minute video, a suggested itinerary and an editorial all showcasing the unique experiences and features of spending time within each town and their local regions."

"My face still hurts from smiling so much, it's wonderful news," she said.

"We put together what we thought was an incredible entry, and crossed our fingers and toes that it would appeal to people in Tasmania, and we did it all without spending a cent."

Last year's winner, St Helens, was awarded runner up, while Richmond was given the bronze.

The Top Tassie Tourism Towns will now be judged alongside mainland winners at the national awards, and Mr Martin believes the Jewel of the North-West is in with a real chance.

"Stanley's entry is captivating, and I'm sure is going to be highly competitive in the national judging alongside other State winners from all corners of Australia including, Dwellingup (WA), Robe (SA), Agnes Water (Qld) and Berrima (NSW/ACT)," he said.

"Personally, I can't say I'm familiar with any of those other towns, but I know one thing; None of them have their very own Nut!"

Australia's Top Tourism Town will be announced in Canberra in September.