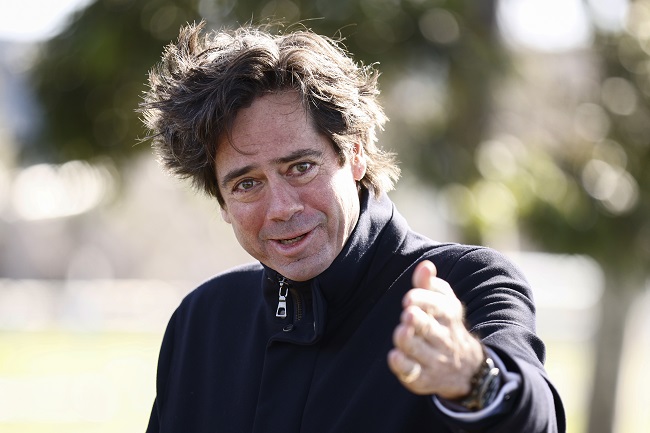 A historic decision on whether Tasmania will be granted its own AFL licence will be revealed early next year.

The Premier confirmed the new timeframe in parliament on Tuesday, thanking AFL CEO Gillon McLachlan for "coming to the table" despite slamming him last week for "kicking the can down the road".

"The decision on a Tasmanian AFL license will be made, once and for all, in 2022 in line with the finalisation of the funding model for the AFL industry for the 2023 and 2024 seasons," Premier Gutwein said in a statement.

That review found in favour of Tasmanian representation in the national competition, either via a Victorian club relocation or a 19th licence.

It paves the way for negotiations to conclude with Hawthorn and North Melbourne, whose contracts to play here next season are yet to be renewed.

"This is a win-win. Tassie footy fans get yet another season of top class footy played in Tasmania and we will finally have a decision on our own Tassie team," Premier Gutwein said.