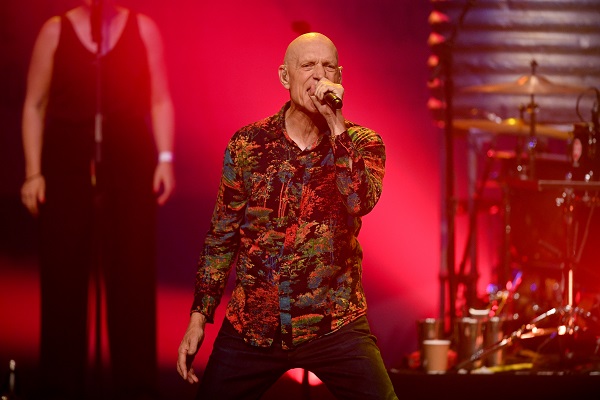 Peter Garrett performs with Midnight Oil during a warm-up show ahead of their Makarrata Project tour, at the Enmore Theatre, in Sydney, Thursday, February 25, 2021. (AAP Image/Dan Himbrechts)

One of Australia's great rock bands is set to return to Tasmania for the first time since 2017.

Midnight Oil will be gracing the stage at Mona Foma in both Launceston and Hobart.

Two live shows in Launceston will take place on Sunday 23 and Tuesday 25 January at Royal Park, and in Hobart at Mona on Friday 28 and Monday 31 January.

"Their songs cover a wide range of topics. Their rock quotient is maximum. They have riveting stage presence. Mona Foma is proud to bring this essential band to Tasmania for a rare series of intimate shows."

Rob Hirt from Midnight Oil said they are delighted to be part of the festival.

"Members of our band have been regulars at Mona Foma, on-stage and off, since the very first festival," he said.

"Now finally playing as Midnight Oil, we’ll rotate songs from years past with fresh tracks from our soon to be released new album. See you there!"

The full Mona Foma program will be announced December 3.

Midnight Oil tickets go on sale December 6 - all ticketholders must be fully vaccinated against COVID-19 with proof of vaccination required for entry.