Qld govt orders mental health inquiry - A "very concerning" increase in eating disorders among young people is among the ...
New Tassie AFLW umpires - Eight Tasmanians will officiate in the upcoming AFL Women's season. Field umpire Tomas ...
Neill-Fraser appeal fails - A Hobart grandmother looks set to serve out her 23-year murder sentence after her latest ...
NSW confirm two more Omicron variant cases - Four cases of coronavirus from the Omicron variant have been confirmed in NSW after the di ...
Qld to 'proceed' with reopening: premier - Queensland plans to "proceed" with reopening its borders, but is keeping an eye ...
Mysteries of missing teen's Byron Bay trip - Investigators believe the key to how Belgian teenager Theo Hayez vanished lies with what h ...
Flowerdale standoff resolved - A police standoff with a man holed up inside a house in Tasmania's north west has ended. ...
Drink drivers pinged - Two alleged high range drink drivers are out on bail following separate crashes in the s ...
Lights to stay on in Tassie - The acting CEO of state-owned electricity generator Hydro Tasmania is optimistic there'l ...
Omicron: what we know and don't know - WHAT DO WE KNOW ABOUT OMICRON?South African Health Minister Joe Phaahla said the variant w ... 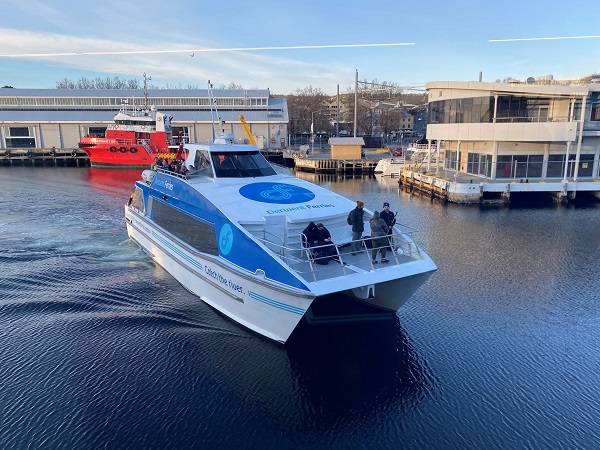 Another vessel to go into service on Hobart's cross-Derwent ferry at the end of the month will take the daily capacity to 1000 passengers.

Three months into its trial, more than 25,000 people have used the link between Bellerive and the CBD.

Transport Minister Michael Ferguson says it's all about providing alternatives to cars and busting congestion, particularly on the Tasman Bridge.

"By adding these new services, we are providing even more choice for commuters coming into the city and making it more attractive to walk, cycle, or be dropped off at the pier, especially as there is easy access from existing Metro Tasmania services," he said.

"These additional services have been scheduled around the most popular times in the morning and evening," Mr Ferguson said.

There's still nine months to go in this trial period, which will be a key part to determining whether the ferries continue.

Meanwhile the Salamanca Market Stallholders Association is calling for them to run on Saturdays as well.

“I can’t think of anything better than sailing across the Derwent right into the heart of the Salamanca Market,” President Emma Hope said.

The Association believes the move could be implemented by December 15 when Tasmania's hard border reopens.

"It can be a challenge finding a park around the waterfront at times and we should be doing everything we can to reduce congestion and make it easier for people to enjoy everything Salamanca Market has to offer."

“It would also support the Tasmanian Produce Market which runs each Saturday at Kangaroo Bay."