No more covid cases in ICU - Two of Tasmania's covid cases are no longer being treated in an ICU. 24 people are bein ...
Alleged murderer fronts court - A man has fronted the Devonport Magistrates Court on Thursday accused of murder after a ...
Fuel hikes on the way? - Wholesale data reveals Tasmanians are still paying over the odds for fuel. Hobart's ter ...
COVID exemption push for retail workers - Australia's retail sector is urging national cabinet for isolation exemptions to be extend ...
Body found - The body of a woman in her 20s has been found at Launceston's Cataract Gorge. She'd bee ...
Invasion Day rally - An Invasion Day rally has been held in lutruwita/Tasmania seeking the date for Australia ...
Aust Open crowd capacity gets finals boost - Crowd capacity at the Australian Open will be increased to 65 per cent, with organisers ho ...
Fourth death since borders reopened, cases steady - Tasmania has recorded its fourth coronavirus-related death since borders reopened last m ...
Elton John has COVID-19, postpones shows - Despite being vaccinated and boosted, Sir Elton John has contracted COVID-19 and is postpo ...
Alcott takes Australian of the Year mantle - Newly minted Australian of the Year Dylan Alcott has vowed to use his title to improve the ... 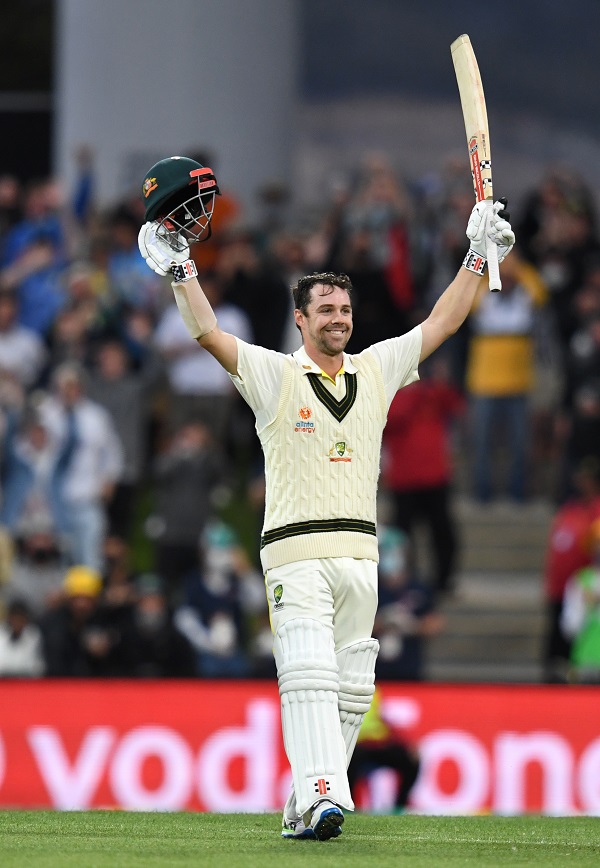 Travis Head believes a first-innings total of at least 300 will be enough to put the fifth Ashes Test on Australia's terms, likening a challenging Hobart pitch to conditions in England.

Head scored a remarkable century on day one of the pink-ball Test, rescuing his side after they collapsed to 3-12.

Australia will resume at 6-241 on Saturday, with Alex Carey (10no) and Mitchell Starc (yet to score) at the crease.

"Traditionally in Australia, it's (aiming at) that 400-plus score," Head said.

"Anything over 300 (in Hobart) is going to be a great start.

"The conditions, pink ball - we probably look at it more like a bowler-friendly (pitch).

"We know if we get enough runs, we have a high-quality bowling attack. Batting tomorrow as long as we possibly can is going to be key."

Head, who counter-punched in style after magnificent opening spells from Ollie Robinson and Stuart Broad, reckons batting will become notably easier after the shine wears off the new ball.

"As that ball gets softer over time, it's about identifying the moments and tempo of the game - (knowing) when we might need to change and look at different plans.

"We've definitely got the bowling attack to take 20 wickets."

Head added it was too early to consider the importance of his knock of 101, relative to other career highlights.

"I'm disappointed I wasn't able to go on and get a big score," he said.

"In terms of where my innings sits, we'll wait and see.

"We've got to wait for England to bat, hopefully put them under pressure."

Play will resume at 2.30pm AEDT on Saturday after rain resulted in a delayed start and early finish to the opening day of the final Test.