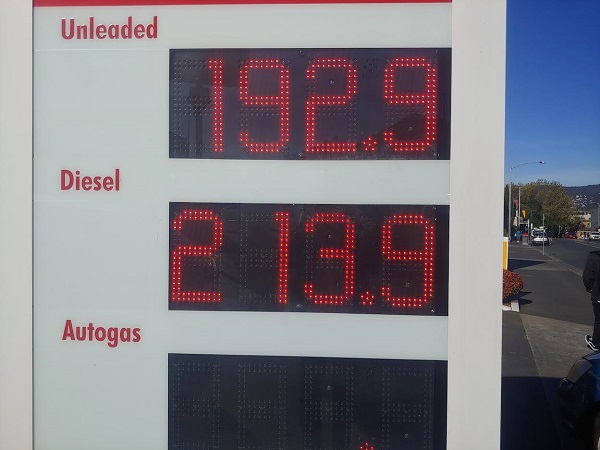 Some of Tasmania's cheapest petrol remains in the bush.

The state's average for 91 unleaded is $1.94 per litre, with the cheapest in Hobart and Launceston at around $1.86.

Yet, head to some out of the way locations such as the Bracknell Roadhouse and you will pay just $1.82.

Still, it all pales in comparison to near neighbour Victoria where unleaded can be had for as low as $1.67.

Research and business intelligence company Rystad Energy is forecasting a European embargo on Russian oil to "trigger a seismic shift" in energy markets, leading to higher prices in the short to medium term.