Local contractor to build for new Spirit of Tasmania vessels 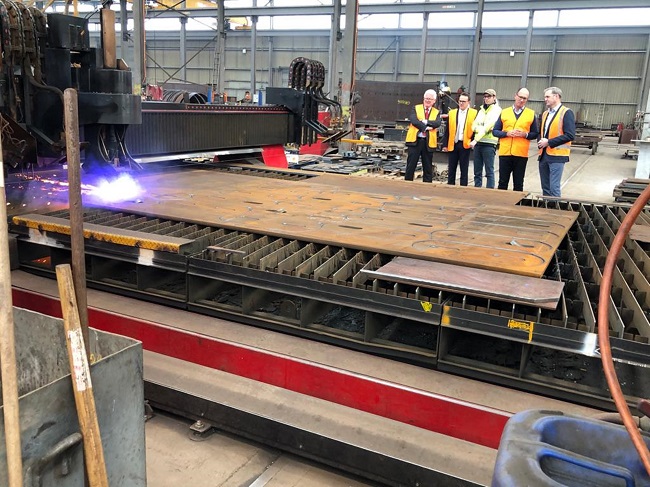 The first Tasmanian-based contractor to supply content for the new Spirit of Tasmania vessels has been announced.

The local company will provide around 300 steel lashing points of different types to be welded to the vehicle decks of the new vessels.

The lashings will work as part of a system that locks freight trailers down for the Bass Strait crossing.

The individual steel components are about half-a-metre by half-a-metre in size and will be fabricated from about 40 tonnes of material.

RMC formally started construction of Spirit of Tasmania IV on 28 February when the first steel was cut at a traditional ceremony at the RMC facility in Finland.

Crisp Bros & Haywards Managing Director Steve Edmunds said the components would be delivered to Finland in stages, the first shipment in about four to five weeks.

"We expect the project will take us a total of four months to complete," Mr Edmunds said.

The contract of local content will mean the two vessels will be delivered well ahead of the 2028 replacement deadline.

The move has been welcomed by Infrastructure & Transport Minister Michael Ferguson.

"We've secured up to $100 million of local content for the new ships in an effort to boost Tasmanian advanced manufacturing and our economy, supporting local jobs," Mr Ferguson said.