Defence force on standby as rain hits NSW - Two Australian Defence Force helicopters will be available to assist with rescues as areas ...
Australia nearing 10,000 COVID-19 deaths - Australia is on the precipice of the grim milestone of 10,000 COVID-19 related deaths, wit ...
Coronavirus case numbers top a thousand once more - Tasmania's active Coronavirus case numbers have fallen overnight, after a sharp jump at ...
Search underway after attempted armed robbery - (Image Supplied: Tasmania Police) Police have released images of a man they'd like to s ...
Ute roll seriously injures two people - Two people have been taken to Mersey Hospital after being seriously injured in a ute rol ...
Horror crash claims Launceston driver - A report will be prepared for the Coroner after a horror smash on the East Tamar Highway ...
Australia embrace Asian spinning wickets - Australia's willingness to embrace Asian conditions and their readiness to think outside t ...
Albanese 'not responsible' for subs deal - French President Emmanuel Macron doesn't want an apology from Prime Minister Anthony Alban ...
Dodges Ferry carjack report - A report of an attempted carjacking in Dodges Ferry east of Hobart is being checked out ...
Queensland mulls affirmative consent laws - A major review has called for Queensland to adopt affirmative consent laws to better deliv ... 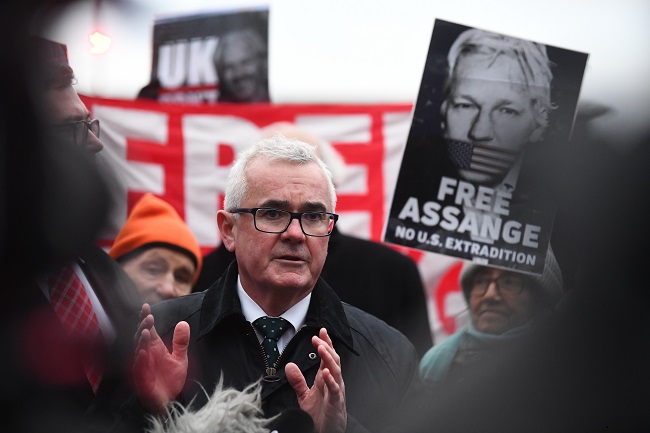 The UK Government has approved the extradition of Mr Assange to the US, to face espionage and other charges.

Legal counsel Greg Barns SC reveals it's been stressful for the family.

The Member for Clarke has been an outspoken advocate for the Walkley Award winning Australian journalist, calling the order an "outrageous betrayal of the rule of law, media freedom and human rights."

"Good grief the US doesn’t even have global legal extraterritoriality, and nor does the UK/US extradition agreement include the charges levelled at Mr Assange," Mr Wilkie continued.

700,000 people put pen to paper in support of Mr Assange's release, with Australians making up the biggest cohort.

Mr Wilkie maintains it's time for the new Federal Government to step in and call their British and US counterparts, to advocate for the release of Julian Assange.