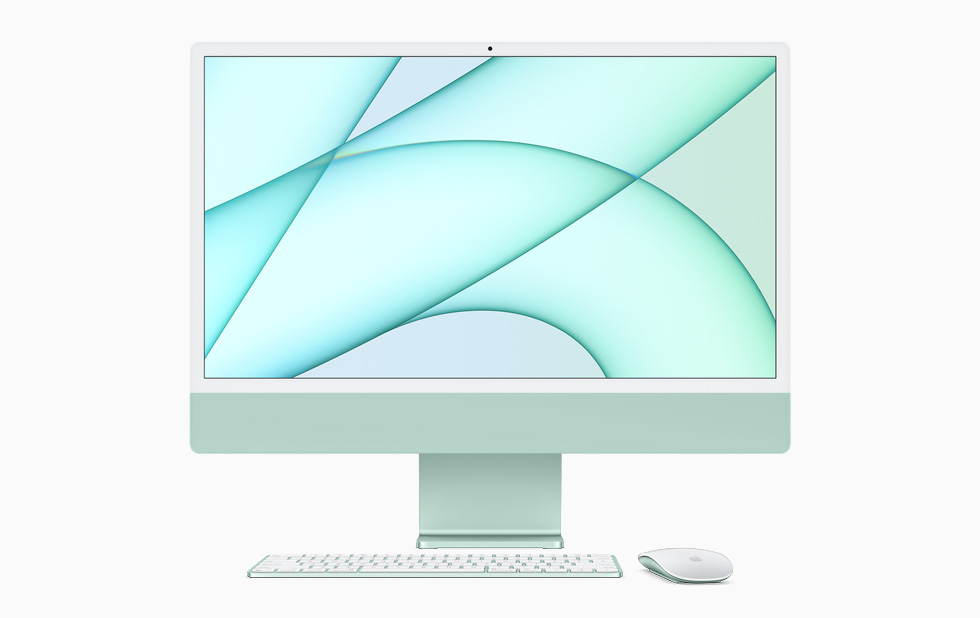 Apple has released a new range of iMacs and it seems people really like the innovation in colour choices and speed that these ultra-thin machines deliver after all the last major design was in 2012, so it’s been a long time coming to see some actual innovation.

The seven different colour choices are a really bold choice, creating a two-tone effect with hues that match to creates a stylish addition to your home. The colours are Green, Yellow, Orange, Pink, Purple. Blue and naturally a more standard Silver. Even all the accessories come in matching colours to fully complete the collection.

There are plenty of features as well, like the power cable that attaches via a magnet so you don’t have to fumble around the back of the machine searching for a port you cant see.

At only 11.5 mm thin, that is suddenly a desktop machine that doesn’t take up much space at all. Even the contour of the stand is attempting to minimise space although the need to balance the display means a larger foot for stability. Surprisingly it weighs less than 20 Kilos. 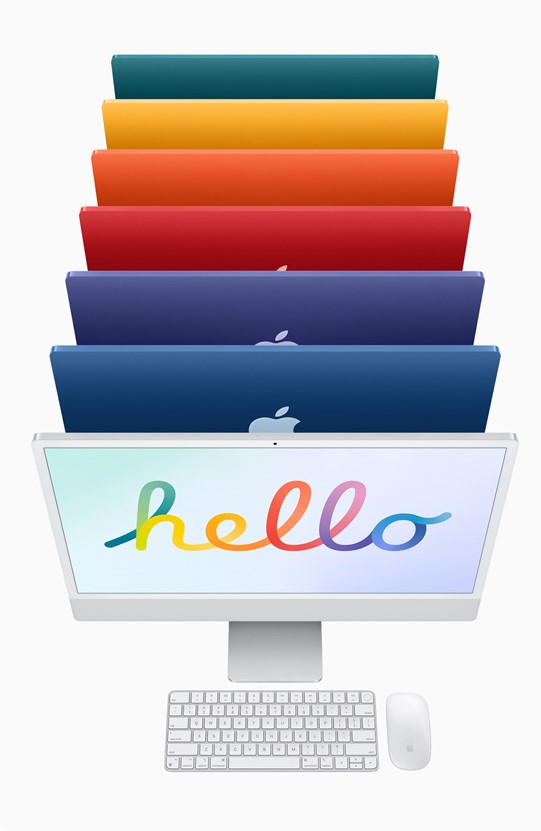 The 24-inch display is a magnificent 4.5k Retina making the colours super vibrant but the picture ultra-crisp. Over a billion colours and “aniflective” technology that means gone are the days of the light from a window shining on your screen so you can’t read anything.

Most machines these days come with a Webcam, it’s usually 720p but it’s great to see that Apple is going for quality by including a 1080p camera that makes full use of the internal processor to give the best possible lighting and image for your conference call or stream.

The real difference to the system is of course the M1 chip that Apple claim is the most powerful chip they have ever made. It means an 85% faster CPU performance. There’s been loads of discussion about this new processor over the last year and it seems that now that some of the bugs have been ironed out it really is a top performer. They are even including it in the latest iPads, essentially making them as powerful as a laptop.

There is no LAN Ethernet port on the device either, so you’ll be needing a hub of some description to connect to the internet in a wired fashion.

Spend a bit extra and you’ll get more bells and whistles like Ethernet and two more USB-C ports, plus 8-Core GPU. A bit more again gets you the larger 512GB storage, but now you are looking at around $2,499.

They are very striking machines and it will be interesting to see which colours outsell the others. Which one would you buy?